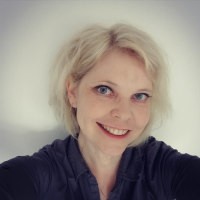 When soldiers of the 60th Army of the First Ukrainian Front opened the gates of Auschwitz Concentration Camp on January 27th, 1945 the world saw what human beings are capable of. By honouring this date, January 27th, the International Holocaust Remembrance Day, we not only honour the memory of the six million Jewish and other victims of the Holocaust, but we also give a promise to never forget. In 2020 we mark 75 years of the end of the Holocaust. At this special memorial day, it is important to ask for the legacies of the Holocaust but also: how to commemorate in a world with a decreasing number of survivors and witnesses? 75 years after it seems we have to fight more than ever human rights violations, inequality and anti - Semitism in the entire world.  To prevent hate and to build peace knowledge about the „rupture in civilization“, the Holocaust,  (Dan Diner) is a powerful tool. To know about the systematic destruction of Jews and Jewish life by the Nazi regime in Germany 1933 – 1945 and to emphasize the commemoration for constructing consciousness on current societal developments are intrinsically tied to each other. Therefore the Holocaust must serve as a perpetual reminder to all future generations to be on guard. Commemorate the 75th year of the liberation of the Holocaust is a date to talk about legacies and educational policies and practices to prevent hate and genocides.