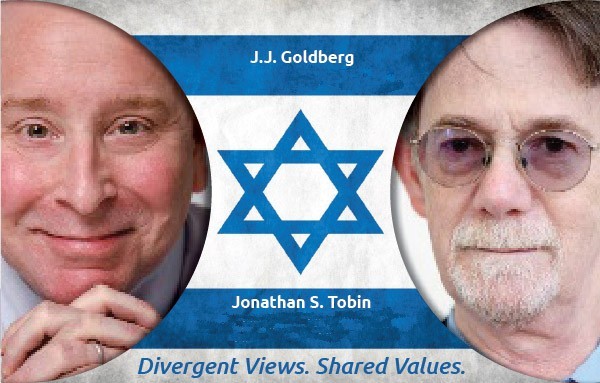 Calgary Jewish Federation and Beth Tzedec Congregation present 'Unity NOT Uniformity - We Need to Talk'.  Journalists JJ Goldberg on the Left and Jonathan Tobin on the Right will debate, demonstrating how civil discourse about Israel is possible and desirable, even in today's highly-charged political climate. Moderated by Maclean Magazine's Jason Markusoff.  Free of charge and all are welcome. Contact Ilana at ikrygierlapides@jewishcalgary.org for more information.​

J.J. Goldberg, editor-at-large for the American Jewish publication The Forward will debate Jonathan Tobin, the opinion editor for the Jewish News Service and a frequent contributor to Commentary Magazine and the National Review.

The purpose of the debate is twofold: firstly to air out disagreements about Israel and Palestine and secondly to model a “civil debate.”

“So much of political discourse, within the larger secular world as well as within the Jewish community, has become so polarized,” Tobin said. “People read, watch and listen to two different sets of media and they don’t think they’re living in the same country.”

He said the act of listening to the other side and respecting their opinions, even when there is strong disagreement, is important.