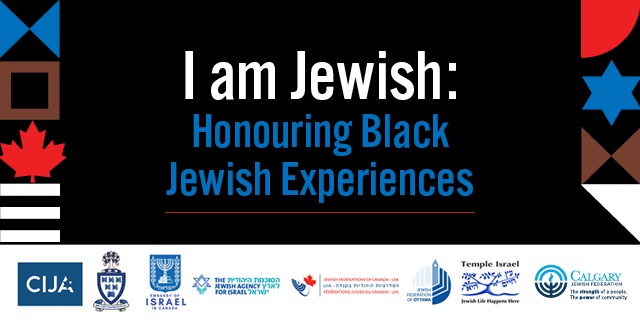 To honour our Black Jewish community members, we want to celebrate Black History Month together.

We are inviting you to view:  I am Jewish: Honouring Black Jewish Experiences beginning Wednesday, February 24 at 6:30pm. The program will feature experiences and performances here in Canada, and in connection to Israel.

Video access link and password will be emailed to you prior to February 24. The video will be available until Monday, March 1.