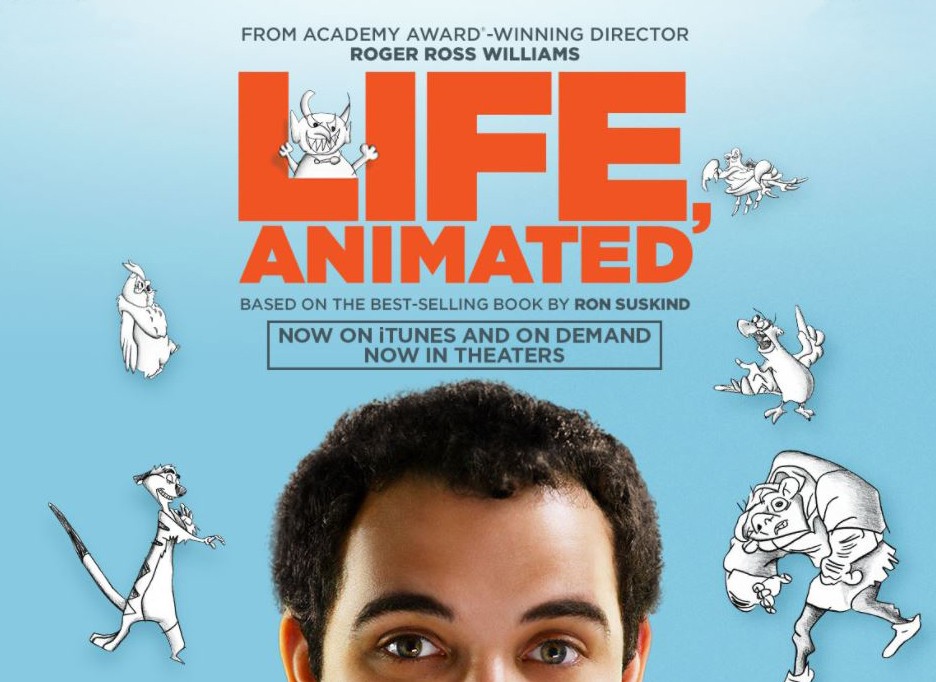 Join us for the amazing award-winning film “Life, Animated”, followed by a discussion with Jared Shore, who is a speech pathologist and occupational therapist. Co-sponsored by Beth Tzedec Congregation. Registration is required, by contacting Karina Szulc through the information above.

From Academy Award® winning director Roger Ross Williams, “Life, Animated” is the inspirational story of Owen Suskind, a young man who was unable to speak as a child until he and his family discovered a unique way to communicate by immersing themselves in the world of classic Disney animated films. This emotional coming-of-age story follows Owen as he graduates to adulthood and takes his first steps toward independence. The subject of his father Ron Suskind’s New York Times bestseller, Owen was a thriving three year old who suddenly and inexplicably went silent – and for years after remained unable to connect with other people or to convey his thoughts, feelings or desires.