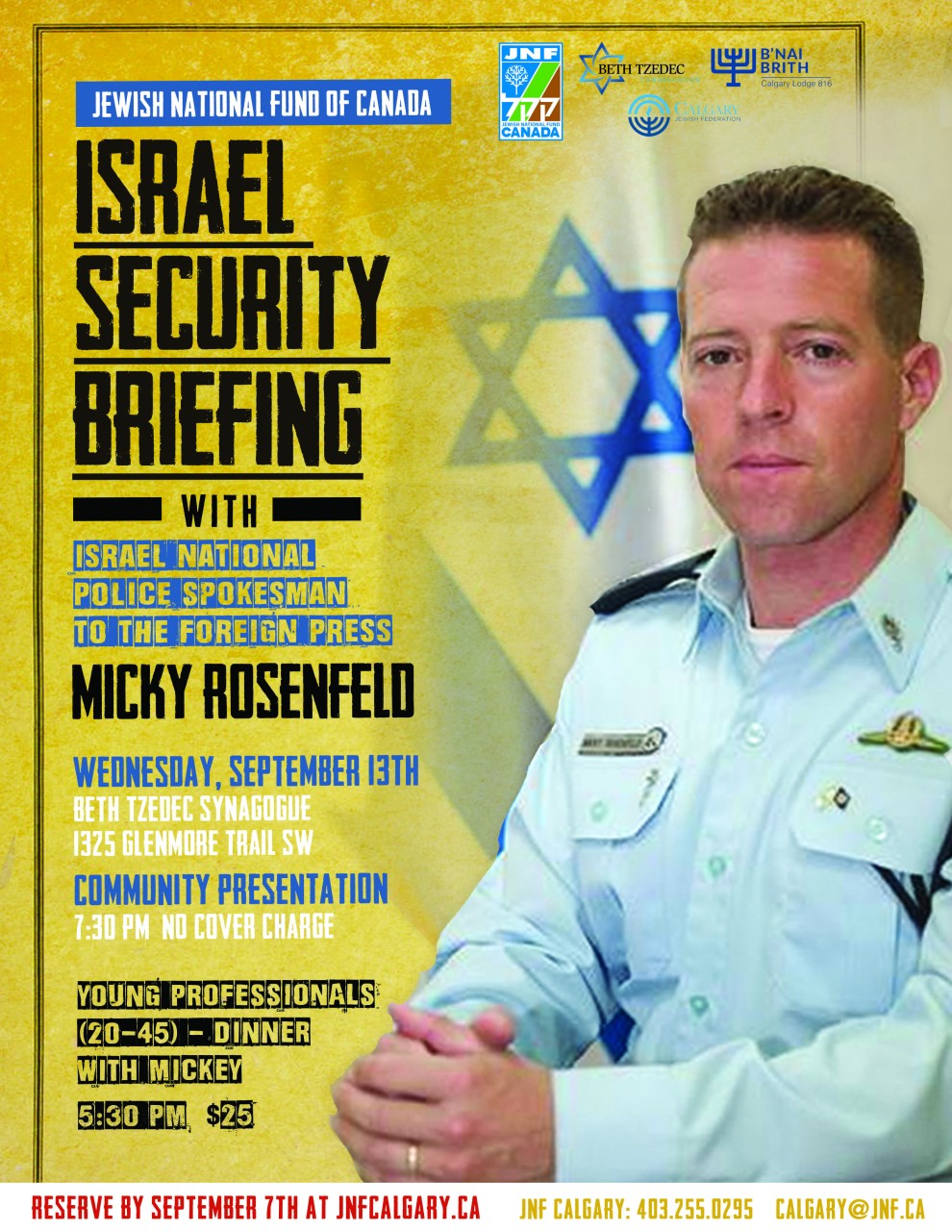 As part of the JNF Canada Speakers Tour, JNF Calgary presents Micky Rosenfeld who is Israel’s police spokesman. Israel's security is paramount and we are fortunate to have someone who is at the pulse of the subject.

At 22, Rosenfeld joined the Israel National Police Counter-Terrorism Unit. “The training was very hard, and it was difficult to get into the unit,” he notes. But he succeeded, and spent 10 years there, from 1995 to 2005, during which time he took a first degree in Middle Eastern studies and a second in business management, and also worked with the Foreign Ministry. He spent time training other counter-terrorist units. “I’d always represented the Israel National Police and the Border Police on visits from our counterparts, or when I’d be sent abroad. In 2005 I was offered the position of spokesman to the foreign press.” Every criminal or terror-related incident in Israel lands eventually on Superintendent Rosenfeld’s desk. “I have operating experience on the scene, but my experience and English language skills are just as important,” he says. “To do this job you have to understand the international perspective.” Israel works with Interpol and police forces from Britain to America. “Our focus is on making sure we are one step ahead”. The foreign press, he says, “know exactly what is going on.

The Israel police work fast and furious, but accurately, wherever they can. We ensure that everything is instantaneous and online – and all the security organisations work together, so that there are no gaps in knowledge or response. Every operation has to be explained, and it is critical to do it. My duty and that of all the police is to protect Israel and its citizens.”