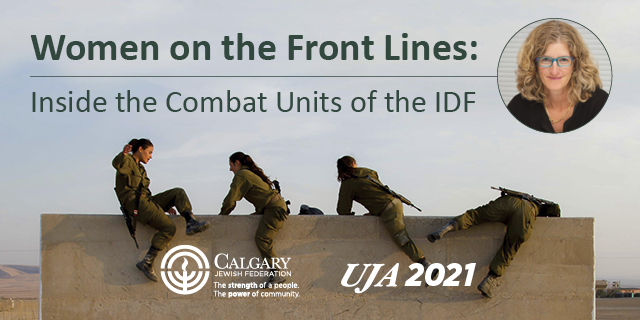 Join Calgary Jewish Federation and Jewish Historical Society of Southern Alberta for two programs focusing on women in the military. For more information about JHSSA's event on Tuesday, November 16: She Also Served – Jewish Women from Southern Alberta in the Canadian Armed Forces of the Second World War, click here​.

Debbie Zimelman's book, Women on the Front Lines is the only book to explore the lives of women who serve in the combat units of the Israeli army. It is the culmination of five years of her work photographing and interviewing soldiers in twenty Israeli army units.

Register for this free Zoom event.