Yesterday we learned that Anthony Hall has been reinstated at the University of Lethbridge. After we and our partners at CIJA consulted with our contacts at the University and in the Government of Alberta, we issued the following media release this morning.

In the coming days, we will continue to work with CIJA and the University to reinforce our view that the outcome of the current process must be Hall’s permanent removal from the campus.

If you have any questions or concerns regarding this issue, please do not hesitate to contact Adam by email.

Calgary, AB – The Centre for Israel and Jewish Affairs (CIJA) and the Calgary Jewish Federation expressed serious concern following the news that Professor Anthony Hall has returned to the University of Lethbridge.

Hall was dismissed from the university in 2016, following outcry from the Jewish community that he has promoted disturbing, antisemitic conspiracy theories online. This includes spreading the accusation that Zionists were behind 9/11 and legitimizing Holocaust deniers.

Contrary to erroneous claims, his reinstatement was a direct result of an agreement between Hall, the faculty association, and the university. We have also confirmed that Hall will not be teaching or interacting with students. He is continuing to be investigated by the university and his future is far from certain.

“We are deeply disappointed that Hall has returned to the University of Lethbridge,” said Jared Shore, Chair of the Calgary Jewish Federation’s Community Relations Committee. “While we recognize due process is crucial in labour matters, we firmly believe this investigation must conclude with his permanent dismissal. Hall is a hateful conspiracy theorist who should have no place on campus.”

“Anthony Hall’s behaviour is not only offensive to our community. It’s an insult to academia,” said Shimon Koffler Fogel, CEO of CIJA. “Those who peddle antisemitic conspiracies disqualify themselves from a place of higher learning. We have been in direct communication with the university and the Government of Alberta at the highest levels to convey our concerns. We know these officials share our disgust with Hall’s record of antisemitism, which is why we expect this investigation to end with his permanent removal from campus.”

In an email yesterday, Premier Rachel Notley expressed the Government of Alberta’s position:

“There is no question that the views of this individual are repulsive, offensive and not reflective of Alberta. Our classrooms are a place for freedom of speech and expression but that does not mean individuals get to stand at the head of the class and spread lies and conspiracy theories. I am terribly disappointed to learn that this individual has been reinstated, but let me be clear that legislation that our government introduced did not give him his job back. I can confirm that this individual is now under investigation by a committee at the University."

The Centre for Israel and Jewish Affairs (CIJA) is the advocacy agent of the Jewish Federations of Canada. 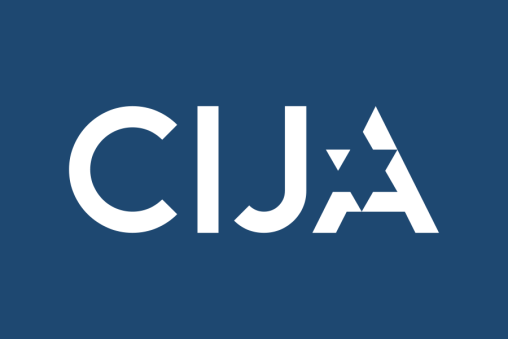