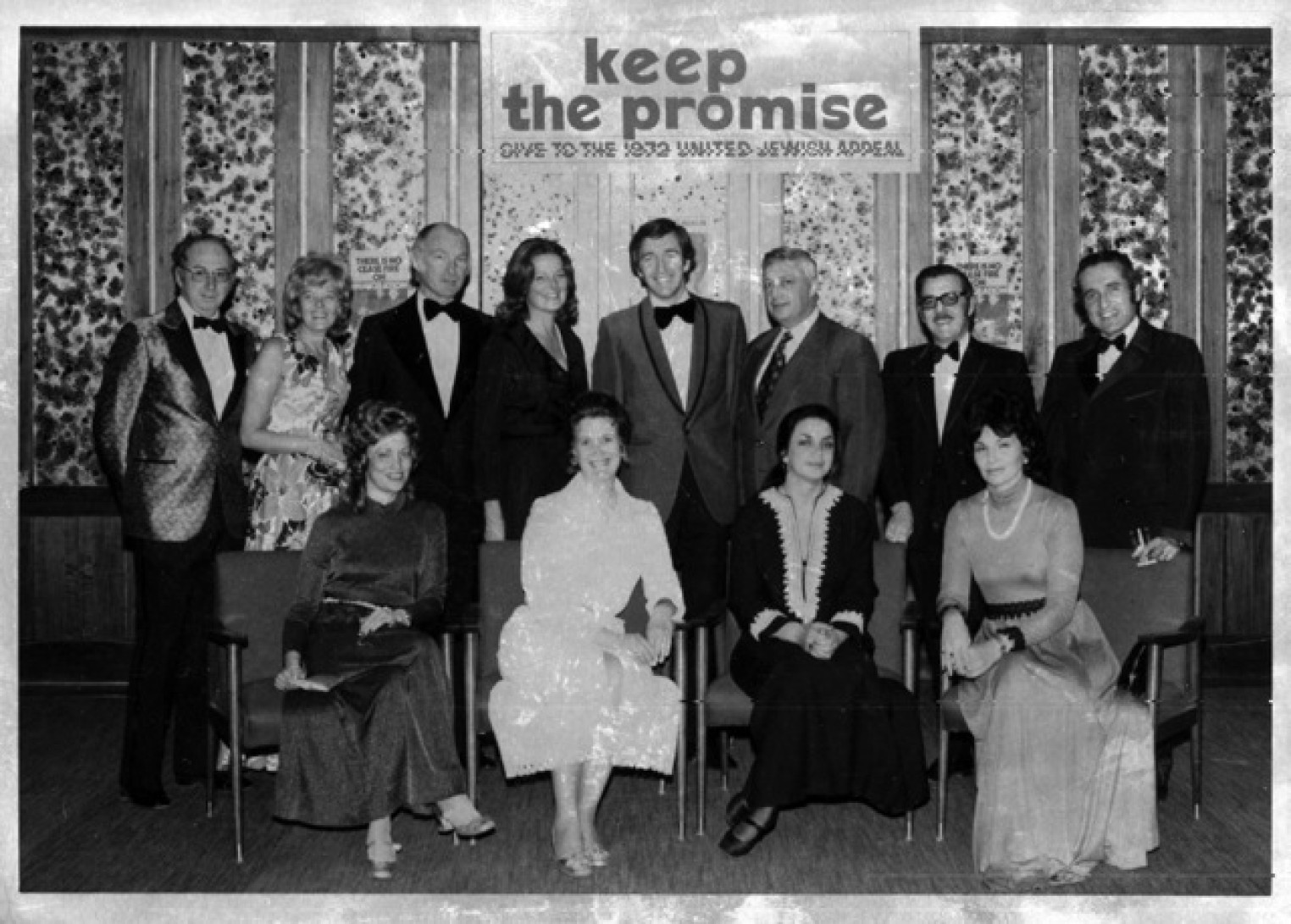 Fundraising is deeply rooted in the history of Jewish Calgary beginning soon after the arrival of the first Jewish family, Jacob and Rachel Diamond, to settle permanently in the city. Early Jewish Calgarians canvassed each other to build the infrastructure necessary for a Jewish community – mikvah, schools, synagogues and a cemetery.

One of the first local beneficiaries of United Jewish Appeal was the Jewish Family Service Bureau (today known as Jewish Family Service Calgary) which was incorporated in 1961. Martha Cohen played a leading role in forming the social service agency, with the support of community leaders including founding Calgary Jewish Community Council President, Jack Edelson.

That same year, women began to play a bigger role in Jewish philanthropy through the establishment of the Calgary Jewish Women’s Federation, spearheaded by community matriarch and fundraiser, Clarice Chodak.

Historically, Jewish Calgary has supported charitable projects in Israel and around the world, especially during times of crisis. The community gave as never before during the emergency UJA campaigns, chaired by Maurice Paperny, following the Six-Day War in 1967 and the Yom Kippur War in 1973. Long before the establishment of the state of Israel, Calgarians gave generously to the United Palestine Appeal.

During the 1970s, UJA dollars helped to fund worldwide efforts to resettle Soviet Jewry. Thanks to community support through UJA, JFSC led the charge to resettle the wave of Soviet Jewish immigrants.

As the community grew, UJA continued to support many community agencies, including Calgary Jewish Community Centre, the I.L. Peretz School and Calgary Hebrew School – which amalgamated in 1986 to become  The Calgary Jewish Academy – Akiva Academy, Camp BB-Riback and most recently, the Calgary Community Kollel.

Another notable period in the history of UJA was the twinning of the Calgary Jewish community with Mazkeret Batia in 1987. UJA and community leaders, Frank and Sophie Kettner, led many community missions to the central Israeli town. To this day the community centre bears the name Mazkeret Batia – Calgary Community Centre.  UJA funds continue to support projects in Israel, mainly in our Partnership 2Gether region of the Galilee Panhandle in northern Israel.

In the late 1970s, the formation of the local Lion of Judah Division became the pride of UJA’s top women philanthropists. Since then, Donna Riback, Sandy Martin and Marilyn Libin have received international Lion of Judah recognition for their leadership and generosity.

Early UJA donor lists preserved in the archives of the Jewish Historical Society of Southern Alberta include the names of many families who gave generously to the United Jewish Appeal.  Their children and grandchildren – and successive waves of newcomers – continue the tradition of building a caring Jewish community for today and tomorrow.

“What makes each campaign truly unique is its sense of purpose and its unique connection to our Jewish identity around the world.”