The mission of the Holocaust and Human Rights: Remembrance and Education department of Calgary Jewish Federation is to promote acceptance, social justice, and human rights through education and remembrance of the Holocaust. As the primary leader in Holocaust education for Southern Alberta, our department engages thousands of students annually. In addition, we present, partner, and sponsor numerous public cultural and commemorative events to memorialize those who perished and honour those who survived.

For more information on any of the programs and services offered, contact department Co-Chairs Marnie Bondar and Dahlia Libin.

Our community commemoration for The Night of Broken Glass

The Enemy from Within: The Impact of Internalized Racism

Calgary Jewish Federation’s Holocaust and Human Rights: Remembrance and Education department offers a variety of education programs to schools in Calgary and surrounding area. With options for both in-person and virtual learning, we provide dynamic opportunities to increase student knowledge about Holocaust history and antisemitism today. We also empower teachers to identify and respond to antisemitism in schools. Many of the programs listed in this brochure can be modified to fit unique classroom needs. All programs, with the exception of those offered virtually from Yad Vashem, are free. 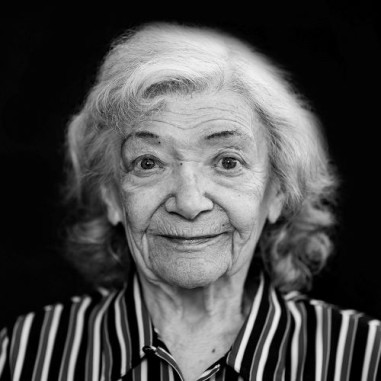 This 90-minute, in-person program, is offered free of charge to junior and senior high school students in Calgary. A 30-minute overview of the Holocaust and antisemitism is followed by a 30-minute documentary introducing students to Alberta Holocaust survivors and their descendants. In the final half hour of the program, students will delve deeper into the personal history of a few Holocaust survivors with a connection to Calgary. Students come away with a deeper appreciation of the resilience and trauma experienced by our survivors. 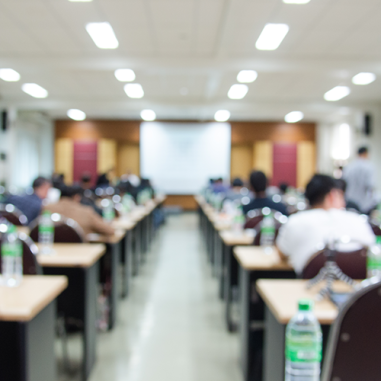 The Second Voices Project is a series of Holocaust survivor testimonials brought into schools by second and third-generation descendants of Holocaust survivors. With help from a generous grant from The Government of Alberta, Calgary Jewish Federation has created multi-media presentations whereby children and grandchildren bring their parents’ or grandparents’ survivor testimony to life in grade 4 to 12 classrooms. Students learn the history of the Holocaust through a survivor’s story while absorbing valuable lessons about human rights, tolerance, and the dangers of hatred. Contact our department to determine which testimonial would work best for your classroom needs. These free presentations generally run 90 minutes in length and allow for questions at the end. The presentations are offered in person as well as virtually. 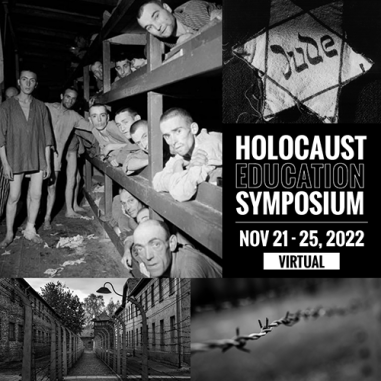 For over 40 years, local Holocaust survivors and their descendants have shared their stories with tens of thousands of high school students at Calgary Jewish Federation’s Holocaust Education Symposium in cooperation with Mount Royal University. Offered at no charge, this year’s virtual symposium runs November 21 to 25 and includes a brief presentation by a university professor, the documentary: Path to Nazi Genocide, and a presentation by survivor Bronia Cyngiser and her grandchildren. Students will be able to participate in a virtual question and answer period with Mrs. Cyngiser’s daughter, Francie Cyngiser, following the presentation. 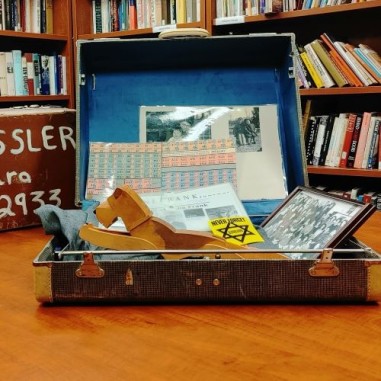 A replica suitcase is available for classes to borrow for up to three weeks. It is designed to put primary documents and artifacts connected to someone who went through the Holocaust, into the hands of students. They are then encouraged to examine, describe, and analyze the items as a means to investigate issues of discrimination, segregation, hiding, and resistance, as well as the aftermath of war and immigration. Learning is supported by student information cards and teacher guides. Recommended for elementary school classes, grade 4 and up. This program is offered free of charge. 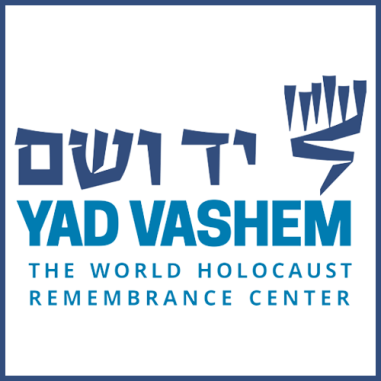 Established in 1953, Yad Vashem, the World Holocaust Remembrance Center, is entrusted with the task of commemorating, documenting, researching and educating about the Holocaust: remembering the over six million Jews murdered by the German Nazis and their collaborators, the destroyed Jewish communities, and the ghetto and resistance fighters; and honoring the Righteous Among the Nations who risked their lives to rescue Jews during the Holocaust. For approximately $250 per program, Yad Vashem offers teachers and their students the opportunity to delve deeper into the victims of the Holocaust and the roles of bystanders and perpetrators. It is highly recommended that the virtual tour of Yad Vashem be undertaken before students are led through any of the interactive Yad Vashem programs.

Holocaust Series for Teens: Tour of Yad Vashem for Teens

Yad Vashem, the World Holocaust Remembrance Centre, is the ultimate source for Holocaust education. Explore the history of the Holocaust with one of Yad Vashem’s expert guides on a one-of-a-kind virtual tour of the Holocaust History Museum. Suitable for teens ages 15 to 18 years.

Virtual, interactive program to review the final letters sent from Holocaust victims to their loved ones. Each archival letter and postcard reveals the inner world and fate of Jews in the Holocaust. For many recipients, these were the last greetings from the home and people they left behind. Suitable for teens ages 15 to 18 years.

Holocaust Series for Teens: How was it Humanly Possible?

Human choice and human-made circumstances led to the murder of six million Jews and millions of others. This virtual interactive program looks at both the historical discipline and moral concern regarding the perpetrators and bystanders of the Holocaust. Suitable for ages 15 to 18 years.

Through photographs, actual letters from prisoners, to survivor testimony, this virtual presentation gives participants an important piece of visual documentation of the workings at the Auschwitz-Birkenau concentration and extermination camp. Participants will have the unique opportunity to explore Auschwitz, depicting the arrival and selection, and what it really meant to be a prisoner inside the camp. This program also includes a pre-recorded tour of Auschwitz Block 27 (the Jewish block).

Calgary Jewish Federation has access to a number of full and partial video testimony from survivors in and connected to our community. In 2022, we also produced a series of videos: Through Their Eyes in partnership with the government of Alberta, featuring testimony from survivors and their descendants. Access the database and submit video requests.

Study of the Holocaust underlines that genocide is a process which can be challenged or perhaps stopped rather than a spontaneous or inevitable event. The Holocaust demonstrated how a nation can utilize its bureaucratic structures, processes, and technical expertise while enlisting multiple segments of society to implement policies over time ranging from exclusion and discrimination to genocide. For those interested in award-winning, easy-to-follow curriculum and lesson plans on the Holocaust, we invite you to visit Echos and Reflections.